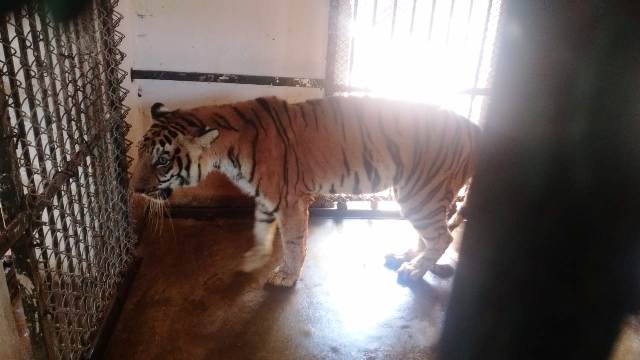 Tigress Anini was suffering from blood deficiency and lungs-related ailment since December 12. However, she breathed her last at around 3 pm today.

According to reports, initially, the veterinarians of Nadankanan zoo were treating the female tiger. But after her condition deteriorated, a team from OUAT were monitoring her health parameters.

It may be mentioned here that tiger Manisha and tigress Sneha gave birth to three male cubs- Krishna, Subhranshu and Snehasis and a female one named Anini on July 24, 2014.