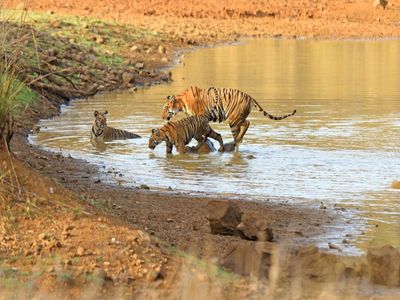 Nagpur: A tigress and two cubs were found dead in Umred Paoni Karhandala sanctuary in Maharashtra’s Nagpur district, according to an official.

Forest officials said it might be a case of poisoning. But, this is yet to be  confirmed, the officials added.

Ravikiran Govekar,  Pench Tiger Reserve field director, in a statement, said the carcasses were found near a farmland along with a half-eaten body of a cow lying nearby.

The statement said medical reports are awaited to establish if the animals died due to poisoning. He said a  probe is on and autopsy of the carcasses will be carried out on Saturday.