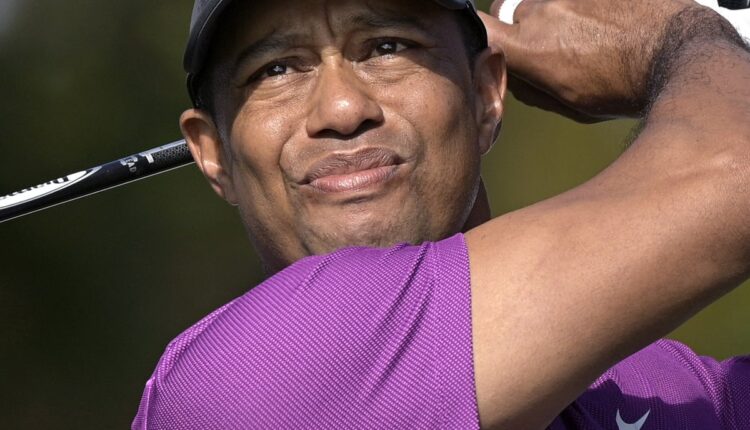 Los Angeles: Tiger Woods suffered serious injuries to both legs after a vehicle he was driving went off the road and rolled over several times in a Los Angeles suburb on Tuesday morning, authorities said today.

The cause of the crash was still under investigation, but that Woods was travelling at a “relatively greater speed than normal, ” said Los Angeles County Sheriff Alex Villanueva.

Woods did not appear to be under the influence of drugs or alcohol during the early-morning incident, and underwent surgery after the roll-over collision, he added.

The PGA tour golfer was the sole occupant of the vehicle when it crashed at 7:12am local time (15:12 GMT), the sheriff’s office said.

“I will say that it’s very fortunate that Mr. Woods was able to come out of this alive,” said deputy Carlos Gonzalez, the first officer to arrive on scene.

Gonzalez found Woods trapped in his vehicle but conscious, appearing “calm and lucid” and able to identify himself.

“Our firefighters and firefighter paramedics used the pry bar … and an axe to pry parts of the vehicle away from him so they were able to safely extricate him from the vehicle,” Osby said.

Woods then was taken by ambulance to a local hospital for treatment.

Woods was undergoing surgery for “multiple leg injuries”, his agent Mark Steinberg said in a statement to Golf Digest earlier on Tuesday.

On CP’s threat for action, Pragativadi says none can intimidate for publishing…

PSL 2021: Dale Steyn lashes out at commentator over ‘mid-life crisis’…