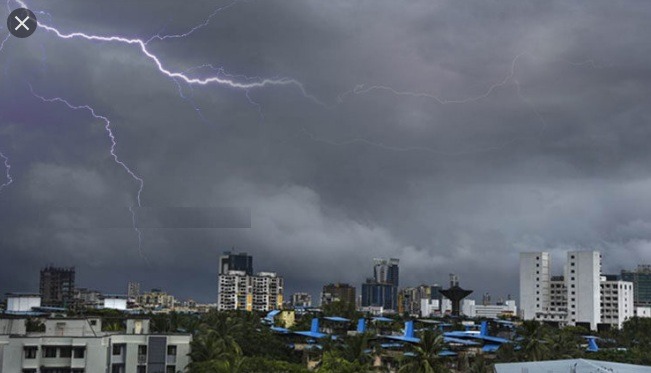 Yellow warning for thunderstorm with lightning is expected to occur at one or two places in Malkangiri, Koraput, Nabarangpur, Nuapada, Kalahandi, Kandhamal, Keonjhar, Mayurbhanj, Rayagada and Gajapati. between April 21 and 22.

Similarly, light to moderate rain or thundershower activity is expected to occur at one or two places in the districts of Malkangiri, Koraput, Rayagada, Gajapati, Kalahandi, Nuapada, Bolangir, Sonepur, Bargarh, Jharsuguda, Sundargarh, Keonjhar, Mayurbhanj, Sambalpur and Nabarangpur during the same period. However, dry weather is likely to prevail over the rest of the State today and tomorrow.

Yellow warning for thunderstorm with lightning has also been predicted to occur at one or two places over the districts of Balasore, Bhadrak, Jajpur, Kendrapara, Cuttack, Jagatsinghpur, Gajapati, Ganjam, Khurda,Puri, Nayagarh,Keonjhar, Mayurbhanj, Sundargarh, Deogarh, Kandhamal, Angul, and Dhenkanal on April 22 and 23.

Light to moderate rain accompanied with thunderstorm lashed some parts of southern Odisha on Tuesday.

“Light to moderate rain accompanied with thunderstorm occurred at one or two places in Southern parts of Odisha on Tuesday. Nuagada in Gajapati district received the highest rainfall of 28.2mm,” informed the officials of Met department.

“There is no large change in maximum temperature (Day temperature) in Odisha during next 4-5 days,” the official added.

Temperature Remains Below 40 Degrees Celsius Across…