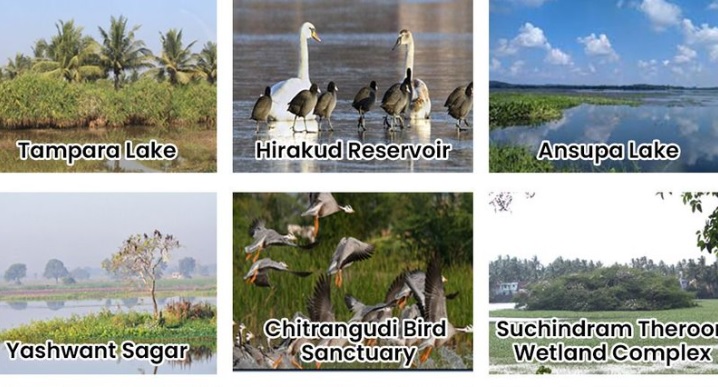 Three Wetlands From Odisha Added To List Of Ramsar Sites

Bhubaneswar: Three wetlands from Odisha have been added to the list of Ramsar sites to make total 75 Ramsar sites covering an area of 13,26,677 ha in the country in the 75th year of Independence.

A total of 11 more wetlands have been added to the list.

The new sites include: Four (4) sites in Tamil Nadu, Three (3) in Odisha, Two (2) in Jammu & Kashmir and One (1) each in Madhya Pradesh and Maharashtra. Designation of these sites would help in conservation and management of wetlands and wise use of their resources.

Elated to inform that 11 more Indian wetlands have got Ramsar recognition. This takes our tally to 75 sites.#AmritMahotsav#IndiaAt75 pic.twitter.com/jsYGTBGOQo

During this year itself (2022) a total of 28 sites have been declared as Ramsar sites. Based on the date of designation mentioned on Ramsar Certificate, the number is 19 for this year (2022) and 14 for previous year (2021).

Low Pressure Forms; Likely To Intensify Into Depression In Next 24 Hrs: IMD