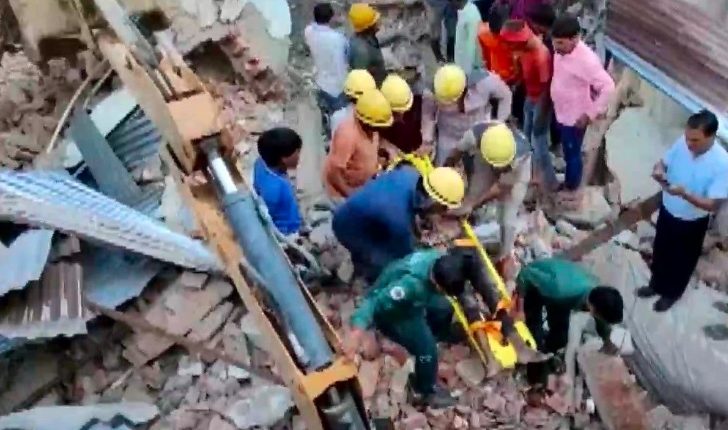 Gurugram: At least one worker was killed while two are believed to be trapped under the rubble after an old building collapsed in Gurugram’s Udyog Vihar area.

According to reports, the incident happened in plot 257 in Phase 1 of Udyog Vihar.

“It was an old building that was being demolished since Sept 26. It was a 3-floor high building of which 2 floors had been demolished. Remaining part collapsed under which 3 laborers were trapped. One rescued,” informed DCP West Deepak Saharan.