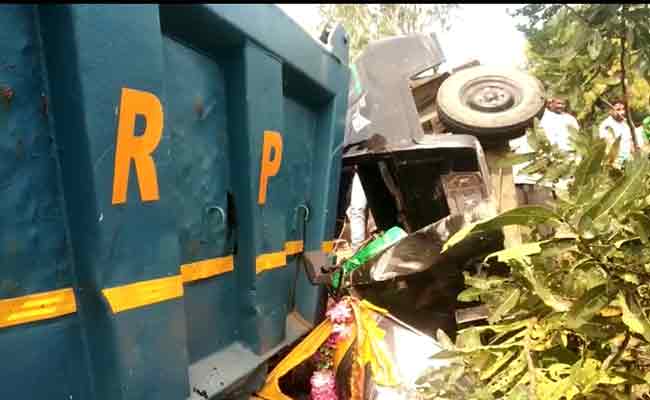 Boudh: At least three members of a family including a child, were killed when an autorickshaw they were travelling in collided head-on with a dumper near Gopalmal Chak on Manamunda-Kantamala Road in Boudh district.

According to available sources, the accident occurred on Thursday morning when the bitumen-laden truck, which was travelling speedily, rammed into the autorickshaw in which the trio (Mother, son and daughter) was travelling to Kantamal. Following this, both the dumper turned turtle.

The trio was killed on the spot under the impact of the collision. Locals rescued the three-wheeler’s driver and rushed him to Sonepur DHH.

Meanwhile, the driver of the dumper truck has escaped from the spot following the mishap.

WHO plans to approve COVID-19 vaccines for poorer countries