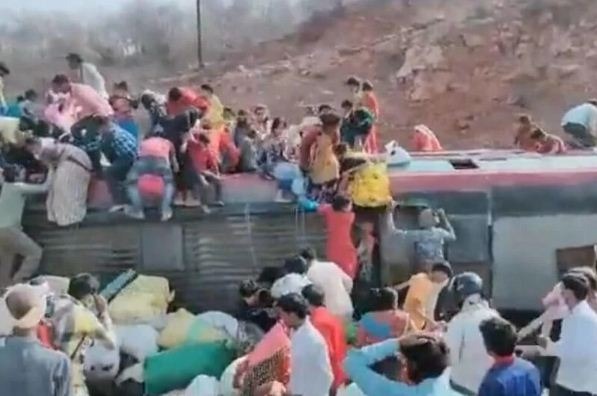 Gwalior: As many as three persons were killed while several others sustained injuries after a bus carrying migrant workers from Delhi overturned at Gwalior highway.

The injured persons were admitted to a nearby hospital.

Reportedly, the incident took place while the bus was heading towards Chhatarpur and Tikamgarh from Delhi when the driver lost control over the wheels and the vehicle turned turtle. Three passengers died on the spot while more than seven persons sustained grievous injuries.

On being informed, police launched a rescue operation. A case has been registered and further investigation is underway in this regard, sources said.