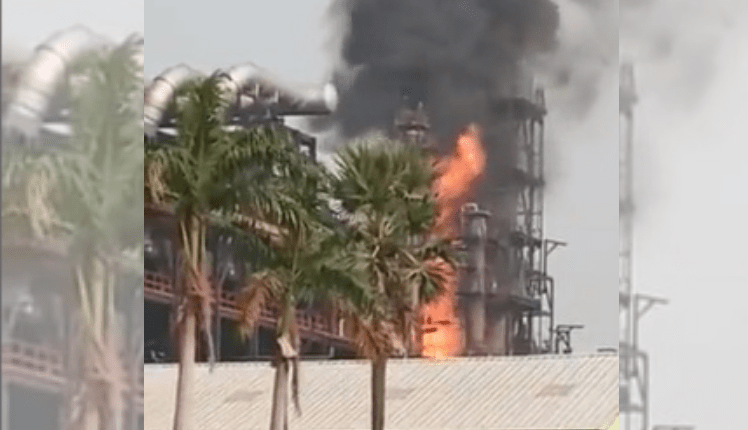 Three Killed, Over 40 Hurt After Blaze At Haldia Refinery In West Bengal

Haldia: As many as three persons were killed and 44 others injured after a major fire broke out in the Haldia Refinery of the Indian Oil Corporation in West Bengal’s Purba Medinipur district on Tuesday afternoon.

In a statement, the IOC said that the incident occurred at a unit of the refinery during shutdown related works.

“The primary cause seems to be a flash fire leading to burn injuries to 44 persons and 3 persons have unfortunately succumbed to their injuries,” IOC said adding that the fire has been extinguished and the situation is under control.

Out of the 44 injured, 37 are being referred to a hospital in Kolkata, a senior police officer of Purba Medinipur district told news agency PTI.

The condition of seven of them are stated to be critical, he added.