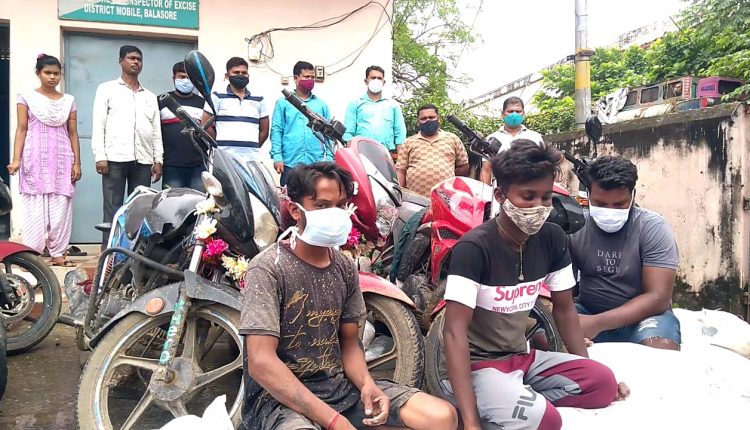 Balasore: Excise Mobile Squad today seized 550 liters of liquor and arrested three traders at Srijanga Jodipola under Kantapada police station limits in Balasore district. However, two others managed to flee. Sources said he jumped into the river to evade arrest.

According to reports, the Excise Department receive a tip-off about illegal transportation of liquor by five motorcyclists who were coming from Old Balasore area.

In compliance with the direction of Excise Deputy Commissioner Ashok Kumar Satpathy, the mobile squad swung into action and intercepted three motorcyclists on Salat Road while they were smuggling liquor.

Around 550 liters of illegal liquor have been seized from the arrested trio. However, police failed to nab the two others, who changed their route to evade arrest, after observing police activity.

Sources said that one of them jumped into the Kantiachara river while being chased by the cop and local villagers said he is still missing. However, the police are yet to confirm.