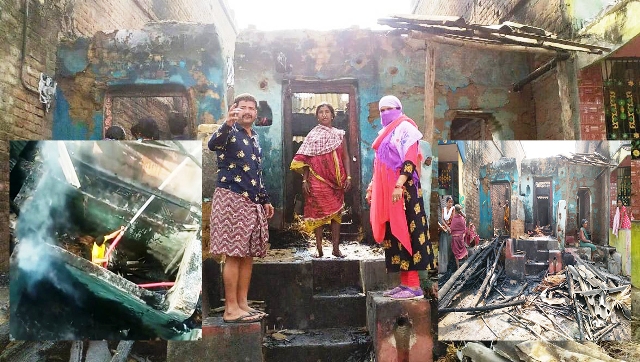 Patrapur: Three families were rendered roofless after a major fire razed nine rooms of their houses in Patrapur block under Baranga panchayat in Ganjam district today.

According to reports, the fire broke out in the houses of  K Korriamma, G Parvati and  G Janakiamma. Initially the villagers tried to douse the flames.

On intimation, the fire services personnel reached the village and put the fire under control. However, by then all the household article were reduced to ashes.