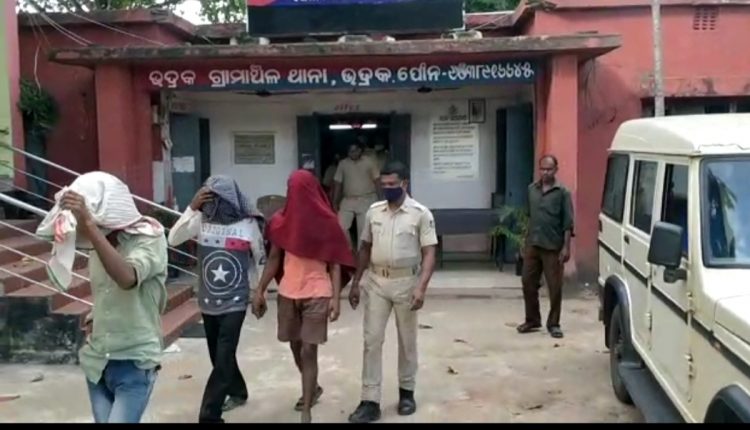 Bhadrak: Bhadrak Rural Police arrested three highway robbers near Randhia on the SH 53 and seized a bike from them.

According to reports, the miscreants had waylaid a vehicle and were trying to loot money and mobile phone from the driver. Meanwhile, a police team reached the spot and apprehended them.

The arrested robbers were identified as Dilbar Saha, Mukti Khan and Tikili Khan of Bhadrak Old Bazaar area, police said and added that they were forwarded to the court today.

Three days ago, the cops had arrested two highway robbers near Gelapur on National Highway 16 and forwarded them to the court.