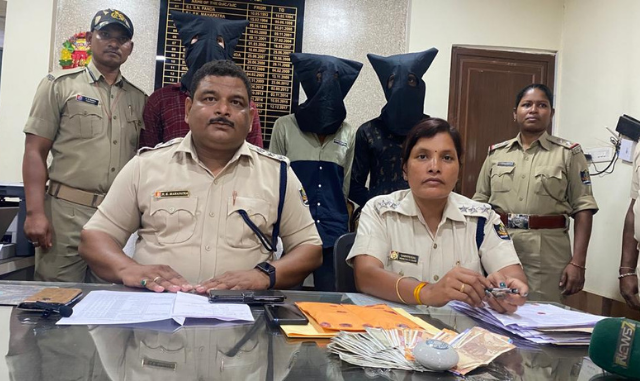 Jharsuguda: Police have arrested three persons with the seizure of brown sugar worth Rs 3 lakh in Jharsuguda on Wednesday.

Acting on reliable input, a team conducted a raid and arrested the accused persons. the cops have also seized 16.94 grams of brown sugar, two bikes, one phone and Rs 13,090 from their possession.

The estimated value of the seized item is around Rs 3 lakh, police informed.

According to preliminary investigation, all the accused persons were found to be habitual offenders who were earlier arrested for theft, extortion, robbery, and attempt to murder offences.

A case has been registered further investigation is underway in this regard.