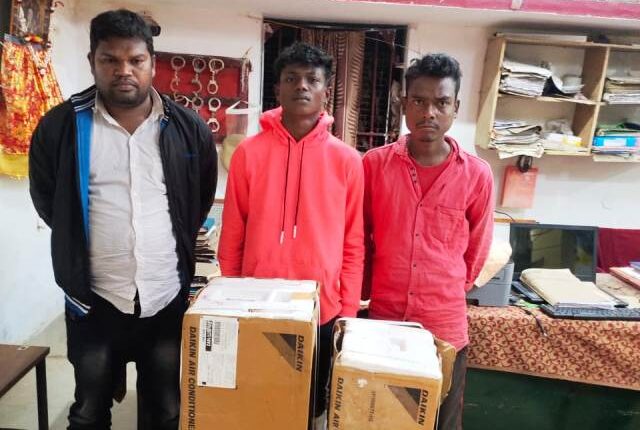 Three held for stealing ACs from house in Bolangir Town

The arrested persons were identified as Kusha Dalei, Pancha Chandan and Umakanta Deep, all residents of Larkipalli.

According to police, the trio sneaked into the house of one Gangadhar Das and made away with two ACs on 26th December, last year.

Following investigation and information from reliable sources, police today conducted and raid at apprehended the trio while seizing the two stolen ACs from them. A case (06/21) has been registered and the accused persons were forwarded to the court.