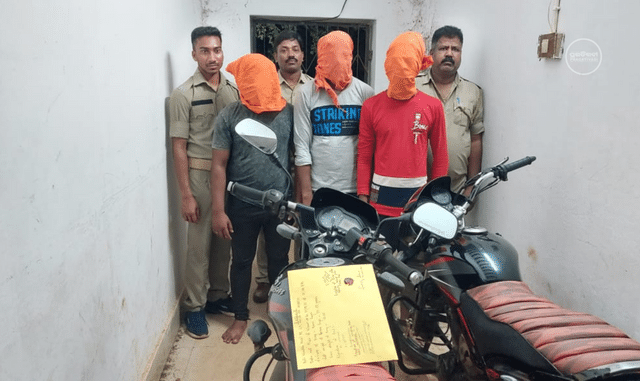 As per the direction of Khordha SP Siddharth Kataria, a team was formed with the leadership of Inspector Rasmiranjan Padmolachan Behera with a special squad and P.S staff, a raid was conducted at 11.10 AM today as per the reliable information and the accused persons were apprehended along with their motorcycles, while they were waiting to sell the brown sugar.

On their personal search, brown sugar 10.07 gram worth Rs 1 lakh, was recovered and two bikes were seized from them. The arrested accused will and will be forwarded to the court, the police added.