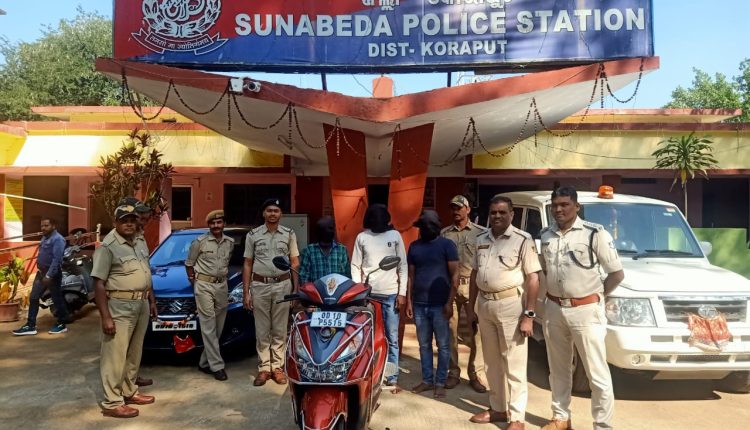 Semiliguda: Sunabeda Police on Saturday arrested three youths on charges of robbery cash and vehicle from a girl in Sunabeda yesterday.

According to police sources, on Friday, a young woman from Nandapur village and her friend were returning from Chikapar Shiva temple in Sunabeda when three young men stopped them and demanded Rs 5,000 from them.

As they could not pay them the money, the trio assaulted the young man and assaulted the girl. Before the temple priest could come to their rescue, the accused trio snatched the mobile phones from the girl and her friend, Rs 1,070 cash and their scooter. Before fleeing from the spot, the accused threatened the duo with dire consequences if they report to the police.

On the basis of a written complaint at Sunabeda police station, the police registered a case (181/22) and started an investigation. The three youths were arrested and the stolen mobile phones, cash and scooter were seized from them. All the three accused were forwarded to the court Saturday, the police added.

A Divine Glimpse Of Lord Jagannath!