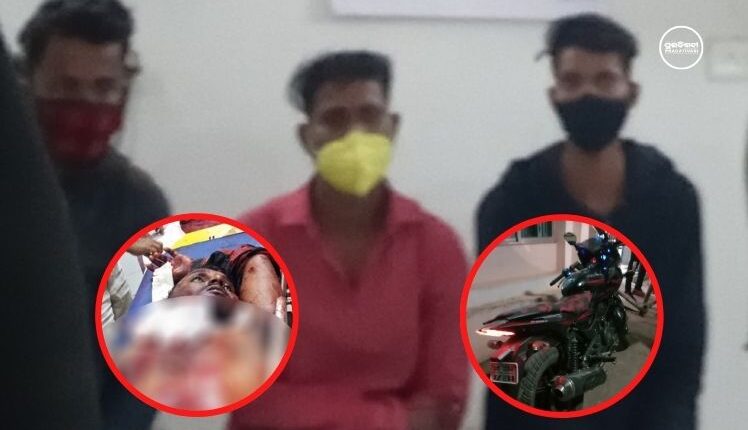 Three Held For Brutal Murder Of Youth In Puri

Nirakarpur/Puri: Police have arrested three youths in connection with the brutal murder of a youth that rocked the pilgrim town of Puri on Sunday.

According to reports, Khurda Nirakarpur police apprehended the three accused, while they were trying to flee on a motorcycle, and handed them over to Puri Kumbharpada police this evening.

Some sharp weapons have been seized and a case (01/2022) registered against the accused persons at Kumbharpada police station under Sections 302/34 section 3 (2), (V).

Puri Additional SP Mihir Panda informed that the deceased has been identified as Biki Naik, a native of Rayabahadur Lane under Puri Town Police Station limits.

“Biki was on his way to a shop when two or more miscreants attacked him Jatia Babaji Chowk over suspected past enmity. The victim sustained fatal injuries on his neck and was rushed to the hospital, where he was pronounced dead,” the senior police official said.