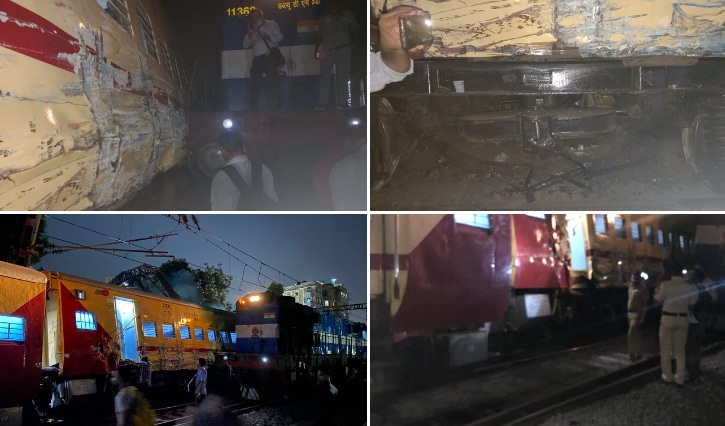 Mumbai: As many as three coaches of the Dadar-Puducherry Express derailed near Matunga station in Mumbai last night. However, no casualties have been reported so far.

According to reports, the incident took place after the engine of the CSMT-Gadag Express, going in the same direction, dashed it sideways.

“There have been no injuries and restoration of train service is on,”a senior official said.

Meanwhile, an inquiry committee has been formed to look into the incident.

Following the mishap, some express trains were cancelled or short-terminated.

The Railways also announced that passengers whose trains have been cancelled can claim a refund from any Passenger Reservation Centres (PRS) within next three days.