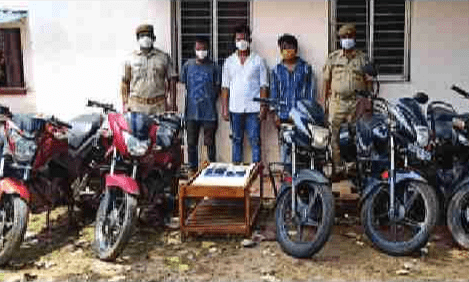 As per reports, the accused used to mark motorcycles in the market areas. Upon receiving the chance, they used to break open the lock and decamp with the vehicles.

Reportedly, the matter came to the fore after one Ravindra Kumar swain lodged a complaint with the local police station regarding his bike theft.

Acting on the complaint, police registered a case and arrested the accused after probing into the matter. The cops have also seized seven bikes and 11 mobile phones from their possession. Later, the accused have been forwarded to court, sources said.

There are several pending theft cases against the accused in the different police stations, an official informed.