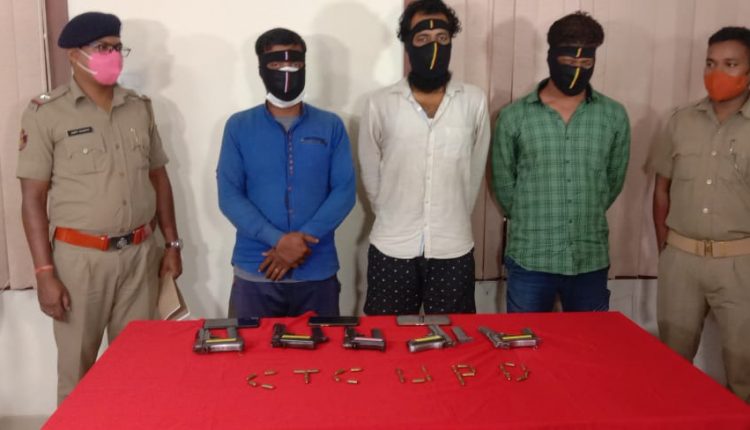 Acting on a tip-off, a special team of Lalbag Police station led by IIC RN Bhanja intercepted the three accused near Bellview Square, Ring road, last night when they were planning to handover the firearms to some criminals in Cuttack.

On search, three 9mm, two 7.65mm pistols and 30 rounds of live bullets were seized from the possession of the accused persons.

A case was registered against the accused persons under Sections 25(1A)(1AA)/(8) Arms Act and further investigation into the incident is underway, said sources.