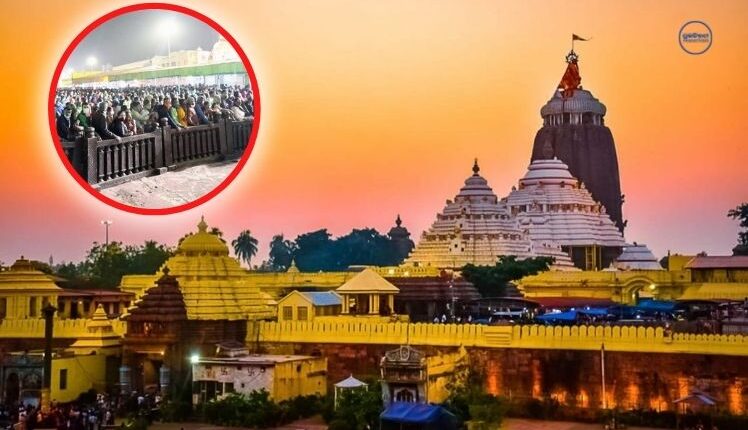 Puri: Throwing the Covid appropriate behaviour norm to the wind, thousands of devotees flocked the Puri Srimandir on Saturday evening for darshan of the Holy Trinity as the Shree Jagannath Temple will remain closed from tomorrow till 31st January in view of the rapid surge in COVID-19 cases.

At around 6 pm, scores of devotees broke the queue and the administration had a tough ordeal to handle the crowd outside Srimandir.

The devotees who were standing in a beeline to catch a glimpse of Lord Jagannath and his siblings, lost their patience after they were unable to enter the temple which was about to close the gates from 8.30 as night curfew would come into force from 9 pm.

The Srimandir administration has announced the closure of the 12th-century shrine from Monday, January 10 to January 31. On Sunday, the temple will remain closed for sanitisation.