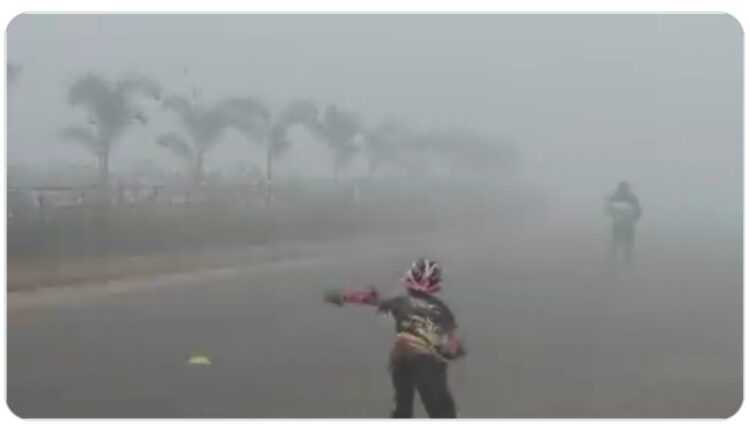 Bhubaneswar: A thick layer of fog engulfed the twin cities of Cuttack and Bhubaneswar, it caused severe inconvenience to people, especially the commuters.

The visibility dropped to less than 50 to 100 mts at several parts of Cuttack and Bhubaneswar. It is for the second time in the past three to four days that the dense fog cover was witnessed in the Twin City.

The India Meteorological Department (IMD) had on Saturday predicted shallow to moderate fog in one or two places over the districts of Coastal Odisha.