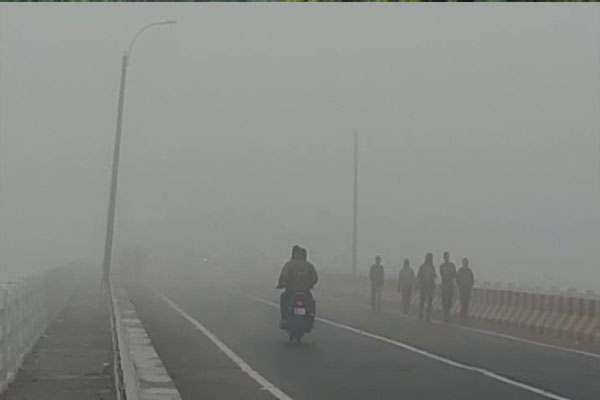 Bhubaneswar: A dense fog engulfed the twin city, Bhubaneswar and Cuttack, today morning affecting the vehicular movement in the cities.

Sri Jagannath temple became almost invisible as dense fog engulfed the pilgrim town and reduced visibility to 100 metre on Saturday. Devotees failed to have ‘darshan’ of the temple’s Neelachakra for a few hours on the day.

Vehicular movement was also affected in the Cuttack, Bhubaneswar, Puri and other parts of the State. Motorists were seen having a tough time due to the foggy weather conditions, said reports.

On the other hand, the Regional Meteorological Centre in the Capital City yesterday said that dry weather is very likely to prevail over the districts of Odisha till March 6.