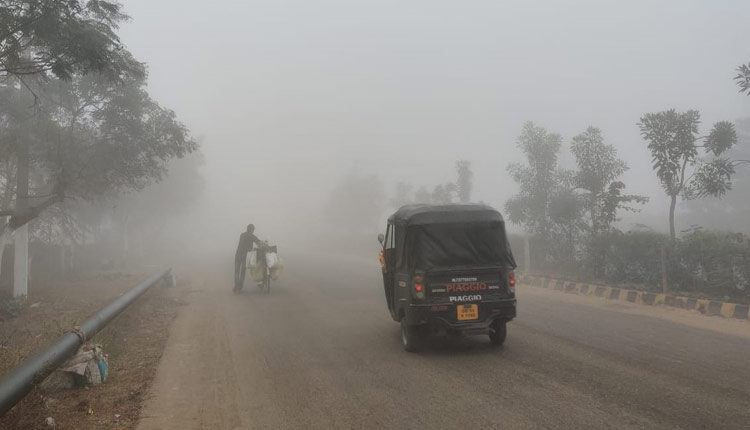 Bhubaneswar: As per India Meteorological Department’s (IMD) forecast, a thick blanket of dense fog engulfed several parts of Odisha including the Twin Cities of Cuttack and Bhubaneswar.

Several parts of the State had experienced the winter chill with the minimum temperature dropping by two to three degrees Celsius than the normal temperature.

Though early-risers had the opportunity to witness the thick pall of mist, the dense cover of fog also created troubles for hundreds of motorists who were seen struggling to navigate on the busy roads in different parts of the State.

The visibility had dropped to less than 50 mts which applied brakes on the smooth movement of vehicular traffic between the Twin Cities of Cuttack and Bhubaneswar.

“Dense fog likely to occur at a few places over the districts of Jagatsinghpur, Cuttack, Kendrapara and Bhadrak,” the Meteorological Centre said.

Earlier on Thursday, the Met Centre had issued shallow to moderate fog warning for a few places over the districts of Balasore, Bhadrak, Jajpur, Kendrapara, Cuttack, Jagatsinghpur and at one or two places in Mayurbhanj, Khurda, Nayagarh, Kandhamal, Kalahandi and Koraput districts.