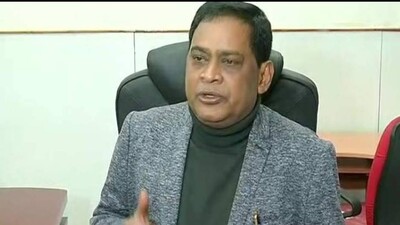 There’ll Be No Shortage Of Oxygen, Will Increase Bed Count If Needed: Odisha Health Min

After reviewing the arrangements, Das said that there will be no shortage of oxygen in the State while dealing with the cases. During the second wave of Covid-19, the Odisha government not only managed to ensure round-the-clock medical oxygen but also assisted 18 other States who were facing oxygen shortage during the crisis situation, he said.

“Odisha is fully prepared to deal with the Omicron variant which is more transmissible than its previous variants. We have made adequate provision of beds for the children and instructions have been issued to district Collectors and Municipal Commissioners to monitor the situation. The number of beds and other infrastructure will be increased depending on emergency situations,” said Das.

At present, the focus is begin given on surveillance through genome sequencing which is being conducted at the Institute of Life Sciences (ILS) in Bhubaneswar. Steps are being taken to make provision for the genome sequencing of RT-PCR samples in other facilities of the State as well, the Minister added.