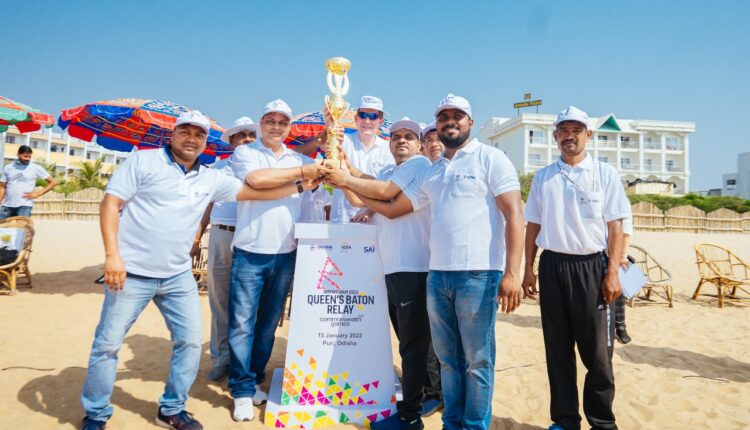 Bhubaneswar: The British Deputy High Commission Kolkata commemorated the Commonwealth Day 2022 with a friendly Beach Volleyball Match at the Blue Flag Beach, Puri in a joint collaboration with Sports & Youth Services Department, Government of Odisha and Puri Administration on Sunday.

British Deputy High Commissioner to East and Northeast India, Mr. Nick Low said: “I’m delighted to return to Odisha, where I’ll renew old friendships and make new ones.  Celebrating Commonwealth Day in Puri and in Bhubaneswar as we look forward to the XXII Commonwealth Games Birmingham 2022 will be special.  Odisha’s passion for sport shone through at the brilliant FIH Odisha Hockey Men’s Junior World Cup and when Odisha hosted the Commonwealth Games Queen’s Baton Relay in January.  The four nations of the United Kingdom share that passion. I want sport and sports industry to be at the heart of our UK-Odisha relationship.”

Sharing his best wishes, Mr. Samarth Verma, IAS, Collector and District Magistrate, Puri said: “I am delighted to be with the British Deputy High Commission Kolkata in playing a friendly beach volleyball match to commemorate the Commonwealth Day.” 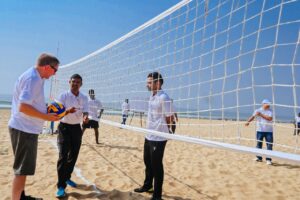 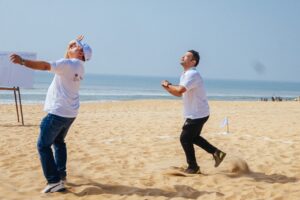 Later after the match, Mr. Low went to the Commonwealth War Graves Commission (CWGC) cemetery in Puri to lay a wreath.

The Commonwealth is a unique association of 54 equal member states, and 2.4 billion people spanning six continents, and accounting for a third of the World Trade Organisation, a quarter of the G20, and a fifth of all global trade.

India is a founding member of the modern Commonwealth, and home to nearly 60% of Commonwealth citizens.  As a leading member, India provides impressive support to Commonwealth members, including with a Commonwealth Window in its UK Development fund, funding to the Commonwealth Small States offices in New York and Geneva, training for officials from Commonwealth governments, and in 2019 held the first Commonwealth cricket camp.

A distinguishing feature of the Commonwealth is that it not just a network of governments, but a family of interconnected networks. Sport is another example and will be on full display at the Commonwealth Games in Birmingham from 28 July to 8 August. A range of Indian athletes will celebrate these connections on Twitter this week. This year’s Commonwealth Day also holds special significance for the UK, as we celebrate Her Majesty the Queen’s Platinum Jubilee – a testament to the strength and longevity of the Commonwealth.

Notably, the UK hosted the last Commonwealth Heads of Government Meeting (CHOGM) in 2018 in London, and is Chair-in-Office until the next summit in Rwanda in June. The theme for CHOGM 2022 is ‘Delivering a Common Future: Connecting, Innovating, Transforming.’

The Birmingham 2022 Commonwealth Games will take place from 28 July to 8 August 2022 and will be the first major multi-sport event to award more medals to women than men.

Prime Ministers Narendra Modi and Boris Johnson have made a historic commitment to strengthen work between the UK and India over the next decade with the 2030 Roadmap for future relations.

Indian Embassy in Ukraine to be temporarily relocated to Poland: MEA

12 Held For Attack On Family Members Of BJP Corporator Candidate