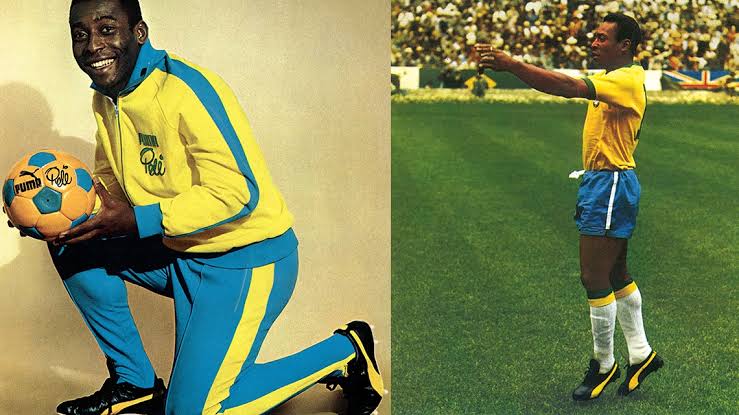 One of the biggest unsolved mysteries in world football is what happened to Ronaldo just before the 1998 Football World Cup Final. Apparently the star footballer swallowed his tongue and had to be virtually saved for death by one of his teammates. He was originally not in the team sheet, but then was included in a revised team sheet in the starting 11. Ronaldo was off colour and France won the 1998 World Cup against Brazil with Zidane being the star for France. Ronaldo would however make a remarkable comeback by scoring both goals in his teams win over Germany in the 2002 World Cup Final.

There are various conspiracy theories about Ronaldo’s illness and his playing the 1998 final, and one of them is that Nike had a 105 million pounds sponsorship deal and one of the clauses was that Ronaldo had to play if he was declared fit. Nike also had invested 50 million pounds into Brazilian football, and it was stated that they arm-twisted Brazil into playing an off-colour Ronaldo versus France.

Whatever be the truth about Ronaldo is not known, but it certainly is the truth that sneaker companies have a very important and powerful role in world football. American sportswear giant Nike has always been associated with big names in world football, and currently they sign CR7, Lewandowski, Mbappe, and many others. German based Puma has Neymar, Reus, Griezeman, Suarez, and others. Adidas, also Germany based has Messi, Son, Benzema and many others.

Have you heard about the Sneaker Wars and the Pele Pact. Read on.

In the 1960’s there was a terrific battle between Puma and Adidas and the two companies had bitter rivalry leading to too much loss of time, energy, and money. Top athletes and players too started playing one company against the other and this resulted in lot of needless financial loss. The top officials of the companies also started trying illegal methods, and in the 1968 Olympics Adidas officials allegedly bribed customs officials to impound Puma sneakers. The background was that all-weather tracks started in 1968, which would allow athletes compete in bad weather without worsening their performances. Puma came up with the Brush spikes which had 68 needle like spikes enabling better grip. US athlete John Carlos broke the 200m world record and suddenly the Brush spikes became the craze. Adidas reportedly bribed the Customs officials to seize all sneakers, and it was rumoured that they too were trying to get their version of spiked shoes onto the market. The 200m World record of Carlos was negated as well. Subsequently a law was passed that sneakers cant have more than six to eight spikes.

Coming back to the sneakers war, I have stated above that the two companies were hurt financially by the wars. Both companies came to a peace treaty, and one of the highlights was the “Pele Pact”, a deal NOT to sign Pele, because both companies feared the bidding war would be disastrous even for the winner. Pele signed a deal with Stylo instead.

As for Pele, he is probably one of the top three players to play football, and he led the Brazil team to the 1970 final which was against Italy. It was a highly anticipated match, and the excitement had reached feverish heights. Just before the opening whistle, Pele asked for permission to tie his shoelaces, and the camera zoomed to his sneakers, and he was wearing Puma sneakers.

The “Pele Pact’ had been broken. A Puma official named Henningsen who was friendly with all players of Brazil decided to make a deal with Pele without the company’s consent and then took it to the Puma top boss, who came to the conclusion that the deal was too good to refuse. One of the key part of the deal was that Pele would tie his shoelaces which would draw attention to his wearing puma sneakers.

With this defiance by Henningsen and Pele, the sneakers wars restarted.

Currently too there is a sneakers war going on, but between Nike and Reebok. However the sneakers war between Puma and Adidas will always be a part of football folklore.