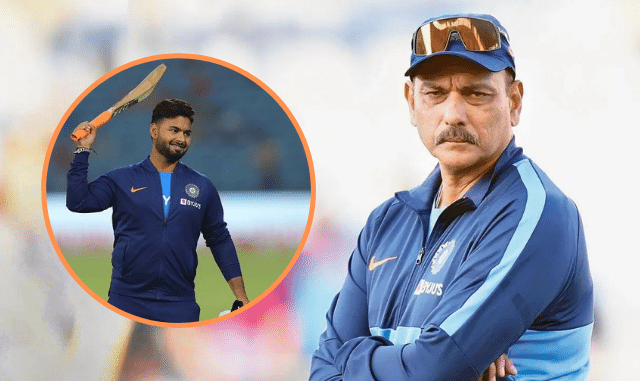 As Delhi Capitals take on Punjab Kings at the Brabourne stadium on 20th April, Ravi Shastri spoke about how Delhi Capitals can get the best out of Rishabh Pant by taking some responsibility off him and letting him play his natural game.

While speaking on the Gameplan episode on Star Sports, Ravi Shastri said “What I would like to see with Delhi is Rishabh Pant coming and playing his natural game. Forgetting that he is the captain of the side, just let him go out and play his natural game. Let the others around him take the responsibility, because if he fires it will do his captaincy a world of good and at the same time you will see the results changing for Delhi Capitals pretty quickly.”

Speaking about Pant’s return this IPL on the Gameplan episode on Star Sports, Ravi Shastri said, “I don’t think there is any problem with his batting. I think it’s just change of mind-set that is needed, where he goes out and gives himself a little bit of time early on and then goes for it. There are no half measures. The Rishabh Pant you know is Rishabh Pant where there are no half measures. He plays the high risk shots, he takes his chances and you want him to play in that fashion because that’s what brings out the best in him.”

Another 15 COVID-19 patients recover in Odisha