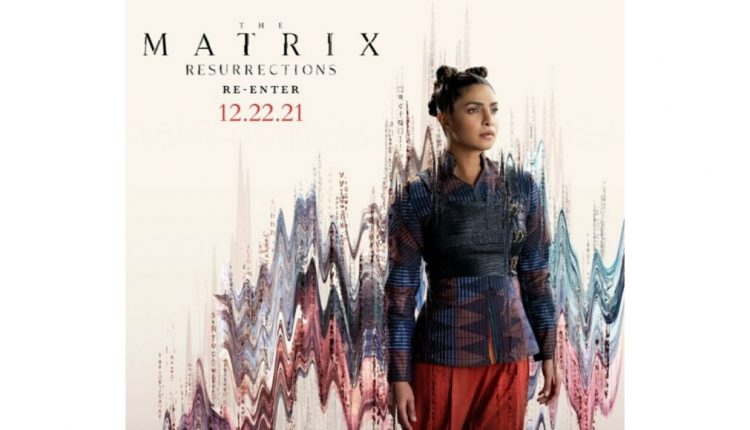 New York: Priyanka Chopra has unveiled her character poster of the film The Matrix Resurrections that features her in a never seen before avatar. The actor was seen in the film’s trailer but was missing on the poster that featured Keanu Reeves.

Naturally, we also have The Matrix Resurrections character posters for all of Keanu Reeves, Carrie-Anne Moss, Yahya Abdul-Mateen II, Jessica Henwick, Neil Patrick Harris, and Jonathan Groff. Warner Bros. still isn’t telling us who some of them are playing though. Maybe the final trailer will help in that regard. The Matrix Resurrections release date is December 22 in India, the US, and on HBO Max.

Re-enter the Matrix with these character posters for #TheMatrixResurrections. Coming to cinemas in India on Wednesday, December 22 in English, Hindi, Tamil and Telugu. #TheMatrix pic.twitter.com/BULxtNG4ea

Warner Bros. Pictures on Monday announced that it will be re-releasing the 1999 blockbuster movie The Matrix on December 3, ahead of the worldwide theatrical premiere of the fourth installment The Matrix Resurrections on December 22.