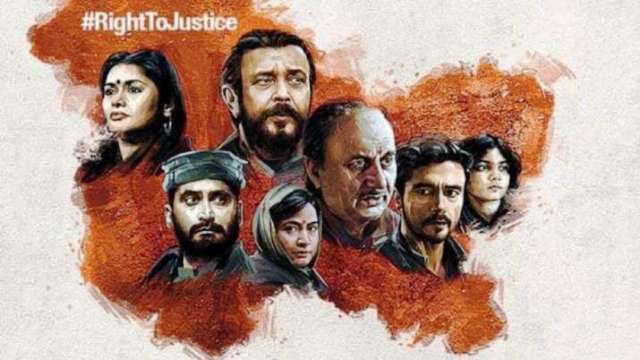 Mumbai: Anupam Kher and Mithun Chakraborty starrer “The Kashmir Files” saw tremendous growth on the second day after its release in theatres on March 11. The film, which is a sensation at the box office, has now been declared tax-free in Gujarat.

The Kashmir Files witnessed a massive opening at the box office and minted Rs 3.55 crore. On its Day 2, the business increased beyond anyone’s imagination. Going by the phenomenal performance of the film, Gujarat Chief Minister Bhupendra Patel exempted the film the tax on tickets for the film.

The tweet by Gujarat CM’s office translates to, “Chief Minister Shri Bhupendra Patel has decided to give tax exemption to the film ‘The Kashmir Files’ in the state (sic).”

Director Vivek Agnihotri responded, “Honorable @CMOGuj @Bhupendrapbjp thank you very much. This will help the common people of Gujarat to see the biggest tragedy in independent India @kp_global (sic).”

The Kashmir Files attempts to show the dark history of the Kashmir Genocide. In 1990, Kashmiri Pandits were persecuted, forced out of their homeland and murdered.