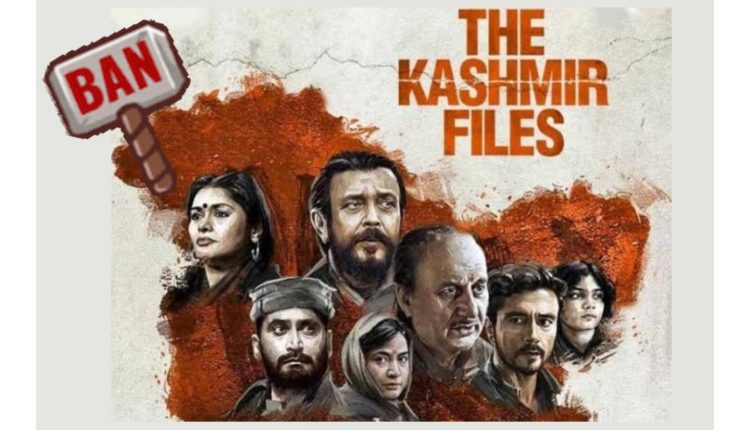 ‘The Kashmir Files’ banned in Singapore: ‘One-sided portrayal of Muslims’

Singapore: The Kashmir Files, a controversial film on the exodus of Hindus from the Kashmir Valley in the 1990s, has been banned by Singapore, which has cited concerns over its “potential to cause enmity between different communities”.

“The film will be refused classification for its provocative and one-sided portrayal of Muslims and the depictions of Hindus being persecuted in the ongoing conflict in Kashmir,” the Singapore government said in a statement on Monday.

“These representations have the potential to cause enmity between different communities, and disrupt social cohesion and religious harmony in our multi-racial and multi-religious society,” the statement added.

The city-state said under its film classification guidelines, “any material that is denigrating to racial or religious communities in Singapore” will be refused classification.

The Kashmir Files was released in India on March 11. It received push from both the Centre and some states — with measures like tax cuts and half-day leaves for government employees to watch the film.

Woman Hacked To Death By Husband Over Suspected Extra-Marital Affair