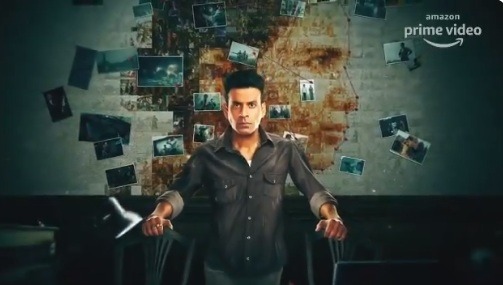 Mumbai: The Family Man 2, starring Manoj Bajpayee, is one of the most-awaited series the viewers are waiting to binge on Amazon Prime Video.

While fans have been asking these days is ‘Srikant Kahan Hai?’, The Family Man 2 emoji has gone live on Twitter.

As a promotional strategy, Amazon Prime Video has introduced a Twitter character emoji of the much-awaited show that features Manoj Bajpayee and Samantha Akkineni.

The Twitter emoji on the hashtag trends of The Family Man 2 not only features Manoj but also Samantha.

The Family Man will release on Amazon Prime Video on February 12. Maintaining a cryptic quirk in sync with the show’s theme of espionage, the release date rounds off to ‘1202’ in ‘2021’. South star Samantha Akkineni joins the action in season two, as an antagonist. Srikant, while struggling to balance his personal and professional lives, will be pitted against a new nemesis, Raji, played by Samantha.