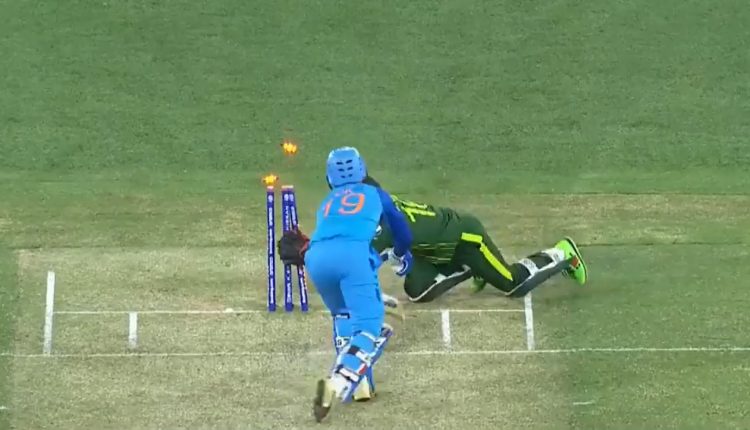 The Ever Undependable, Always in Motion, Frivolous & Pathetic Mr.Karthik

Dinesh Karthik is not just a perennial passenger and a cipher contributor, he has pathetic body language, which is enough to sink any sports team in the moments of crisis.

Dinesh Karthik is not just a perennial passenger and a cipher contributor, he has pathetic body language, which is enough to sink any sports team in the moments of crisis.

In the match against Pakistan yesterday, he trod into the middle taking his usual busy strides when India required 16 runs off 5 balls. Akash Chopra kept parroting what a great match finisher DK was. Akash repeated himself so many times, that I wondered if he was trolling DK, or merely setting him up for a bad fall? DK was required to be take the strike, for the concept of crossing-over has been done away with. (Another romantic possibility declared absurd and de-recognized in a bid to provide certainty, but that discussion is for another day). DK received a quick full-toss running down the leg side from Nawaz which would have been hit for six by any half-decent batsman. Kohli did exactly that two balls later. But DK threw kitchen sink at it, could not properly connect, did not clear midwicket, and managed a paltry single. The only good to come out of the outcome was that it brought Virat Kohli on the strike. (Equation – 15 off 4)

VK then hit one down the long on, and the duo ran a quick double. To his credit, Karthik reached the danger end safely, although he did overdo with a quite needless dive. That is quintessential Dinesh for you- he has to overdo the easy stuff, dissipate himself in the process, and then come across as limp and lifeless when the moment of reckoning arrives. (Equation- 13 off 3) Anyway, a six off a no-ball, a wide, a clean bowled on the free-hit and a treble followed, to hand over the decisive advantage to India, who now needed just 2 runs off 2 balls. The only worry for an average Indian fan was that the great finisher, DK, was to take strike on the penultimate ball of the match.

What kind of a target is 2 off 2 in a game of cricket? Forget about the T20 format, even in the first test match in 1877, any player would have welcomed such an opportunity to close out the match. A dab towards the mid-wicket would have fetched a double. A bit finer stroke would have ensured a single, and taken DK off the strike. Worst come to worst, run off the pads, or steal a bye. Two off two, the chance to finish off this great chase with a ball to spare! Akash ‘Mundane’ Chopra

was busy selling the ‘great finisher’ on the Hotstar. “This is what he has been chosen for- to finish matches. Strike Rate of 233 in 20th overs in 2022.” Oh man, to be privileged enough to hold a mike, and then frittering away that opportunity with such lame salesmanship.

Ever a cynic who has full confidence in DK’s ability to mess things up, I had a premonition of sorts as to what lay ahead. You have to give it to the man, he never disappoints. Never trust a man who twists and moves his body around too much without actually affecting any substantial motion. Economy of movement is an indicator of body-under-control, which is a pointer to mind-under-control. Dinesh Karthik had let India down in some match on the day I had joined the service. In more than a decade and a half that has passed by, even cheap Chinese lights have earned some credibility. But, not this man. Full marks for consistency.

The Great Finisher did yesterday what he always does. He fucked it up. He tried to sweep a very ordinary ball from Nawaz down the leg side. The delivery was neither too quick, nor too slow, had already pitched when it reached him, was drifting down leg anyway, did not stop nor rise upon him abruptly, in other words, was a nothing ball. On the next such ‘nothing’ ball, Ashwin just moved a bit his off stump, and let it go down as a wide. But then Ashwin has brains. And believes in the economy of movement.

DK’s bat could not find the ball, which hit and rose up his pads, brushed against his gloves and fell into the crease just before the keeper, even as the bat completed a majestic follow-through. DK had no idea where the ball was, perhaps he thought he had launched it towards the square leg, and went totally off-balance. Then he saw the ball in Rizwan’s hands, realized he was out of crease and in danger of being stumped or run-out. Karthik made a feeble attempt to drag his bat inside, but was too slow and out of reckoning. It almost felt like his heart was not in it. He fell down, was obviously stumped, gathered his bat, rushed out of the pitch, shook his head, cart-wheeled his bat, dropped it, picked it again and then played a shadow-stroke.

That was when it dawned upon me that the proceedings on the previous ball had actually went in India’s favour. Two runs off the last ball were very doable with Ashwin on the strike and DK safely back in the dugout, busy sorting his demons. Ashwin duly did what he had to, and India romped home thanks to Virat’s greatest innings. But why does the management prefer a very ordinary, forever undependable, Mr Karthik, upon the Great Rishabh Pant, the Conquistador of Gabbatoir, is anyone’s guess.

Do not get me started on Karthik’s keeping either. He never gets sharp catches, moves around a tad too often while standing up to spinners, twitches a lot causing semblance of false motion behind the stumps, sits on his haunches and stands up all the time and never hits the wickets with his throws. What Dhoni achieved every single time, often even without looking in the direction of stumps, DK never does. He also comes across as too lost and frivolous, has no awareness regarding the DRS and does not add any value to the on-field team planning.

He is fit, I give him that, but that is because he moves four times, when once would be enough.