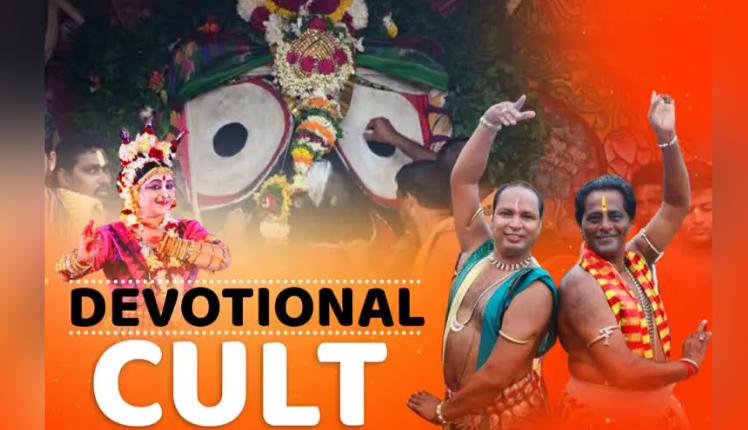 The Divine Connection Of Famous Dances With Rath Yatra

Puri: Shree Jagannath, the Lord of the universe and His colourful car festival attract lakhs of pilgrims during car festival which is celebrated annually on the second day of the bright fortnight of Asadha (June-July).

The Jagannath consciousness has long enriched the cultural heritage of Odisha, in terms of its art, architecture, literature, music and dance. And this influence is reflected in the artistic offerings that form a part of this ritualistic procession, as devotees offer their services through performing arts, such as Telengi Baja (rhythmic beating of gongs), Banati Khela (acrobatics), Nagarakirtan (public singing and dancing).

The oldest in the list are the traditional dance of Mahari, Gotipua and Odissi. The lyrical and sensuous dance brings to life the sculptures adorning the walls of the Sun Temple at Konarak and the Jagannath Temple at Puri. The origins of these dances can be traced back to the 2nd century B.C. carvings of the Rani Gumpa caves in Udaygiri, Odisha.

Mahari is a ritualistic dance form from the eastern Indian state of Odisha that used to be performed at the temple of Lord Jagannath at Puri by devadasi dancers called Mahari. Following the abolition of the devadasi system, the dance has been discontinued at the Jagannatha Temple but is now performed on stage at many venues. The Mahari dance spurred the development of both Odissi and the Gotipua dance forms of Odisha. Mahari Dance is nearly a thousand years old with dance having been an integral part of the daily rituals at the Jagannath temple of Puri since the time of Ganga rulers of Utkala. In the twelfth century, Chodaganga Deva gave the dance a legal status, establishing new localities for the maharis to stay and introduced new ceremonies for the deity.

The “Goti Pua” and “Odissi Dance “ are very attractive while being performed at the time of ceremonial procession of the Lord from the temple to the chariot by the servitors during the car festival or in front of the Lord’s chariot. The dancing artists through their gestures offer their salutations to the Lord with devotion and deep religious feeling. It looks as if the dancers with their devotional dancing performance are welcoming the Supreme Lord who is out on his annual sojourn.

Goti-pua, meaning ‘single or only boy’, is the temple dancing tradition kept alive by young male dancers and has heavily influenced the modern-day classical dance, Odissi. Due to the diminishing in their social and financial status, the Gotipua dance performed by pubescent boys impersonating female expressions became the preferred divine performers in the temples of Lord Jagannath.

The dance continues, along with the other rituals and performance tributes, till the end. Artistes, especially dancer-devotees get re-invigorated while offering their tribute, as they perform with a sense of spiritual surrender for their lord. After all, it is the only instance when Jagannath, brother Balabhadra and sister Subhadra leave their abode at the temple and come amidst the general populace for a direct interaction—keeping with the spirit of “Jagannatha Swami Nayana Pathagami Bhaba Tume” (May the Lord of the Universe be the Object of my Vision).

Low pressure likely over north Odisha and neighbourhood around July 4