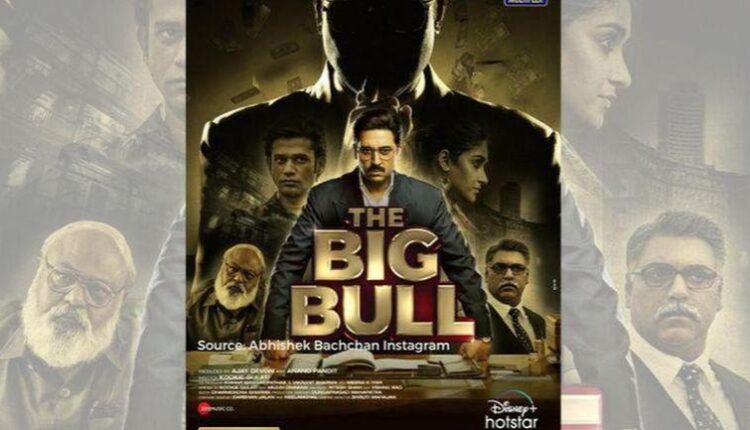 Mumbai: Bollywood actor Abhishek Bachchan starrer The Big Bull, which has been making a lot of noise, will be out on Hotstar today at  7:30 pm.

The film, directed by Kookie Gulati, is part of the Disney+ Hotstar Multiplex slate, which was announced last year.

The movie is produced by Devgn and Anand Pandit with Kumar Mangat Pathak and Vikrant Sharma attached as co-producers.

On Monday, April 5, a Twitter user asked Abhishek Bachchan why should he watch The Big Bull when he has already watched Hansal Mehta’s The Scam 1992.

In response to the tweet, Abhishek, who never fails to impress his audience with his wit, wrote, “I’m in it” with a winking emoji.

The Big Bull and Scam 1992 are inspired by Harshad Mehta’s life. Harshad Mehta made headlines in the 90s for being the mastermind behind one of the biggest stock market scams in history. When the film’s trailer was released, it drew a lot of comparisons with Hansal Mehta’s web series Scam 1992: The Harshad Mehta Story, which released in 2020.

However, the makers of The Big Bull maintain that the film has been made with a completely different approach.

3 Held For Attack On RTI Activist