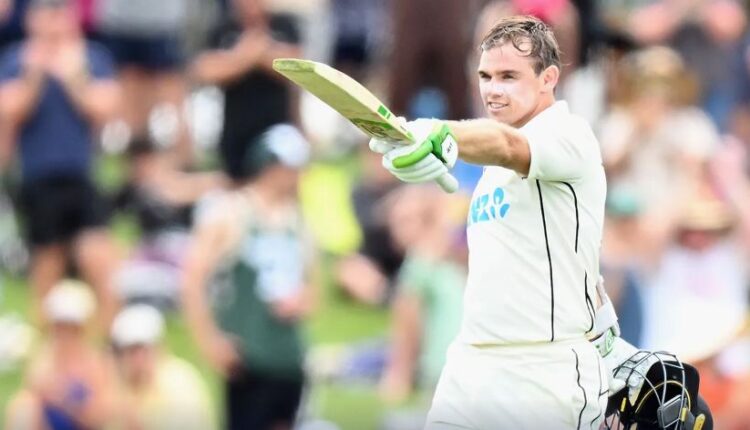 Dubai: Captains have led the way with the bat so far in the ICC World Test Championship 2023 cycle.

Babar Azam continues to dominate in red-ball cricket, while stand-in New Zealand skipper Tom Latham showed calm with the extra weight of leadership responsibilities, hitting back with a double hundred to help the Black Caps level their series with Bangladesh.

The recently resigning Joe Root also enjoyed a fine 2021 with the bat in spite of extra responsibilities, underlined by a knock of 180* against India.

The Black Caps were desperate for a response following a catastrophic first Test defeat to Bangladesh, and it was the captain opening the batting who proved to be the catalyst.

Shaking off scores of 1 and 14 in Mount Maunganui, Latham hit back on the first morning in Christchurch, reaching fifty before lunch and contributing 70 of the first 100 runs put on with Will Young for the first wicket.

Latham would then put on 215 with Devon Conway, a period in which a bulk of his 36 boundaries were scored. Latham hit 10 boundaries alone through the point region on the cut, and was quick on anything too short or straight, making 66 runs between mid-wicket and backward square-leg.

The 373-ball stay went into the second session of day two, breaking the back of Bangladesh in the field. New Zealand would go on to win by an innings and 117 runs.

The seventh-highest individual score in the fourth innings of a Test match, Babar Azam’s 196 is made more remarkable by the difficulties faced deep into day five in Karachi.

Flattened by a colossal first innings total and a meagre 148 in response, Australia piled on the pressure through a swift second innings charge. Set 506 for an unlikely victory, Pakistan would have to endure the second-longest fourth innings stay of all time to rescue a draw.

Walking out at 21/2 just after lunch on day four, Babar looked a class above. Taking just 83 balls to reach fifty, Babar brought up three figures with a measured sweep over the head of short fine-leg.

Babar fell to a bat-pad catch off the bowling of Nathan Lyon four short of a double century, but he had quashed any chance of Australia taking a series lead, and passed Michael Atherton’s record for the highest individual fourth-innings knock by a skipper in Test cricket.

In what is a telling indication of Babar’s variety of strokeplay in the knock, his most productive shot – the cover drive – yielded just 25 runs.

Babar’s performances across March, including his match-saving innings, were rewarded with a second ICC Player of the Month crown.

Before Babar’s heroics, it was Azhar Ali in Rawalpindi that pushed Australia’s bowling attack to the limits, taking away the prospect of a rare away victory first up.

Azhar Ali batted for 535 minutes, mostly with Imam-ul-Haq, who put 157 next to his own name on the scoreboard in Pakistan’s first innings.

The pair compiled 208 runs together, with Azhar notably strong off the front foot both through cover and mid-wicket.

Azhar was still standing deep into day two, falling to the part-time spin of Marnus Labuschagne.

Joe Root’s unbeaten hundred at Lord’s proved the No.4 is not only a class above his England peers, but one of the game’s modern greats.

Coming in at 23/2 following the early wickets of Dom Sibley and Haseeb Hameed, Root traversed a tricky end to day two, and batted throughout the entirety of day three as his partners fell at the other end.

Guiding balls behind square on the off-side, and punishing anything too straight, Root opted to put the straight and on-drives away, scoring a total of ten runs between mid-off and mid-on.

Root’s importance to the side was highlighted in his side’s second-innings collapse, as the side fell to 120 all out to lose the Test match despite top-scoring with 33.

Becoming just the sixth man to score 150+ and take a five-wicket haul in the same Test in India’s thumping win against Sri Lanka, Jadeja picked up his third straight Player of the Match award at the venue.

India’s scoring rate ticked along at well over four-an-over, with every player in the top six making starts. Walking out at 228/5, Jadeja was allowed to settle into his knock given the ever-attacking Rishabh Pant was 22 yards away, scoring just seven in his first 26 balls.

Pressing on to register his second Test century and passing his Test highest score, Jadeja went on compile 130 together with Ravichandran Ashwin, and score 71 of his unbeaten 103-run stand with Mohammed Shami before Rohit Sharma’s declaration.