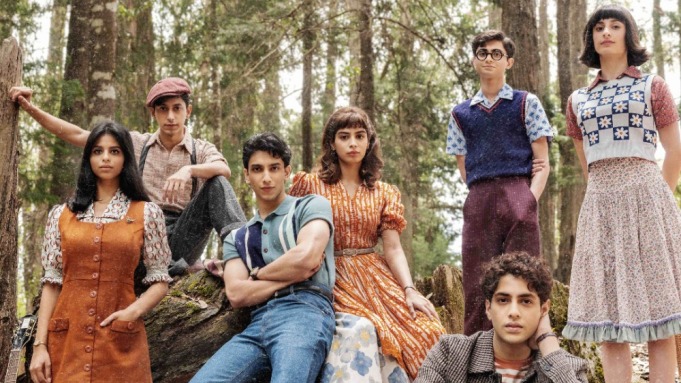 The Archies teaser out! Bollywood’s Next Generation Stars Debuting in Netflix’s film

Mumbai: All the 90s kids can get ready to go on a nostalgia ride as Archie Andrews and his friends are coming back, but with a twist. The Archies universe is getting an Indian adaptation which is helmed by Zoya Akhtar.

The offspring of Bollywood superstars are debuting in “The Archies,” Netflix’s coming-of-age, live action musical set in 1960s India based on the teenagers of Riverdale.

All three youngsters look like their comics counterparts, but with noticeable tweaks. Suhana sports long black hair, like Veronica, while Khushi sports bangs. Agastya didn’t have Archie’s famous red hair, but he did appear to have had his locks curled in the character’s style with a slight red tinge.

The official logline of the film reads, “A musical experience bursting with youth, rebellion, friendships, first loves and everything young adult, still promises to have something for every generation. We can’t wait to see the new kids on the block!” The announcement video has a music track by Ankur Tiwari playing in the background.