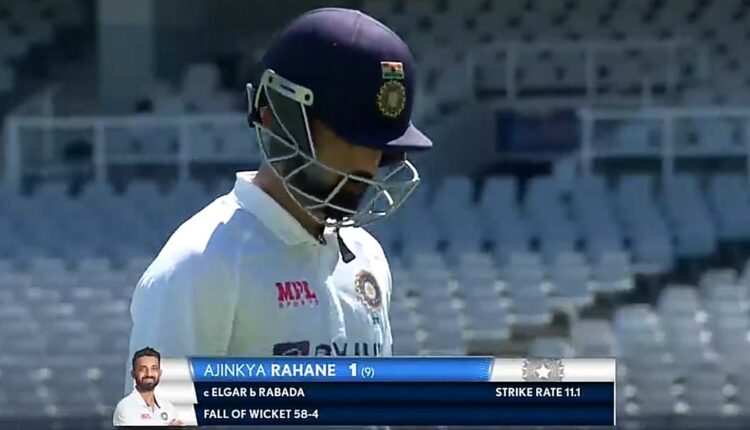 Proteas bowler Kagiso Rabada dismissed him cheaply to dent India while the men in blue were tottering to convert the start into a strong lead.

Rahane had walked out to bat after South Africa dismissed Cheteshwar Pujara for 9 as early as the first over on Day 3 when Marco Jansen bowled a bumper aimed at the India batter’s shoulders.

Pujara tried to get out of harm’s way but the ball took his edge and flew towards the smartly-positioned leg slip.

However, Rahane too did not manage to stay long as Kagiso Rabada sent him back after he scored just a run. #ThankYouRahane started trending on Twitter after the India batter’s dismissal in the morning session as the fans trolled Rahane for his repeated failures, saying he had played his last innings in Test cricket.

Rahane is going through the worst phase in his career, averaging 38.85 and 19.57 in 2020 and 2021 respectively. Rahane has scored just 1 hundred since October 2019 and his career average fell below 40 after the repeated failures.

Congratulations Rahane & Pujara on a wonderful Test career ….. Will miss you in Whites Again.#Thankyoupujara #ThankyouRahane pic.twitter.com/MxmHLy8TUF

Best wishes to Rahane for second innings of his life.