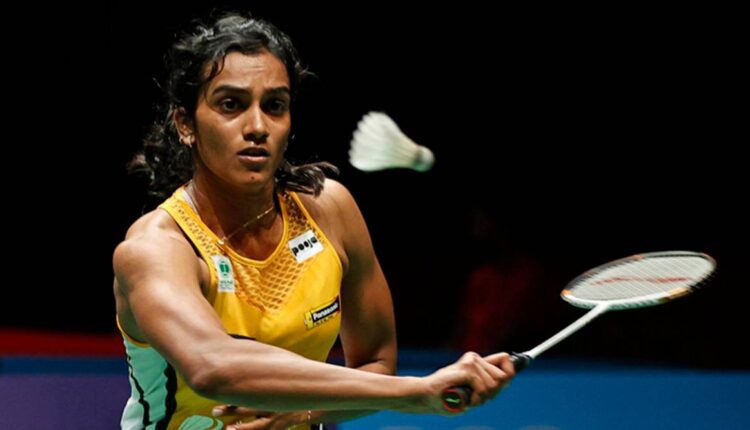 Bangkok: Indian shuttler PV Sindhu was knocked out of the Thailand Open 2021 on Tuesday after she lost to Denmark’s Mia Blichfeldt in the first round.

PV Sindhu suffered a shock defeat on her return to international badminton, losing in three games to Denmark’s Mia Blichfeldt in the opening round of Thailand Open Super 1000 event here on today.

In men’s singles, Sai Praneeth suffered a straight-game loss in the contest against Thailand’s Kantaphon Wangcharoen on his return to competition.

Praneeth went down 16-21, 10-21 to the World No 15 Wangcharoen for only his second loss to the Thailand player.

Earlier in the day, the Indian mixed doubles pair of Satwik and Ashwini claimed a 21-11, 27-29, 21-16 win over the Indonesian pair of Hafiz Faizal and Gloria Widjaja.

TTE Electrocuted After Live Wire Snaps On Him At…

Breaking
Kiara Advani, Sidharth Malhotra to tie the knot in Chandigarh: Report TTE Electrocuted After Live Wire Snaps On Him At Kharagpur Railway Station Celine Dion diagnosed with rare neurological disorder, cancels upcoming shows Gunshots Heard Near England Team Hotel In Multan Ahead Of 2nd Test Against Pakistan BCCI Planning To Conduct Review Meeting After India’s Shocking Defeat Against Bangladesh South Koreans To Become Younger From 2023 As Govt Scraps Its Traditional Age Calculation System Odisha Exploring More Opportunities For Applications Of AI In E-Governance Whose Construction Site Is This? Who Is The Mischief Monger? Is BDA Aware? CM Naveen Thanks Padampur For BJD’s Victory In By-Poll; Reveals Why He Joined Campaign Trail Odisha Govt Creates 11,292 New Posts of Nursing Officers
Sign in
Sign in