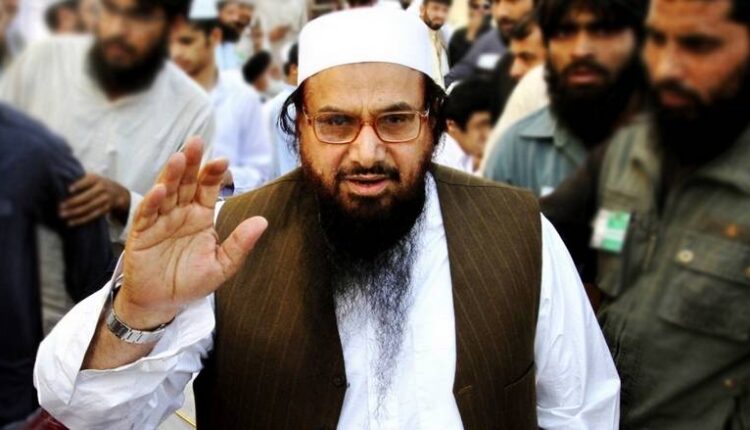 Islamabad: The co-founder of the terror group Lashkar-e-Toiba and the chief of another terror outfit, Jamaat-ud-Dawah, Hafiz Saeed has been sentenced to 31 years in prison in two cases.

The anti-terrorism court, which convicted Saeed, also imposed a fine on the Pakistan-based dreaded terrorists.

Hafiz Saeed had been sent to jail earlier by the anti-terrorism court.

The 70-year-old has been sentenced in more terror financing cases.

Saeed, who has planned and funded several terror attacks, was the mastermind behind the devastating 2008 attacks in Mumbai – a series of terrorist strikes in 2008, when 10 members of the Lashkar-e-Toiba carried out 12 coordinated shooting and bombing attacks for four days across India’s financial capital. 166 people were killed and hundreds were injured.

The global terror financing watchdog Financial Action Task Force (FATF) has been pushing Pakistan to take measures against terrorists roaming freely in the country and using its territory to carry out attacks in India.

Four Trains To Get Additional Stoppage At Bhubaneswar New Station