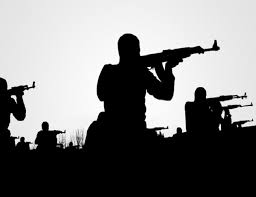 Waziristan: A terrorist commander, wanted for his involvement in high profile terror activities, has been gunned down by the Pakistan’s security forces , the army has said.

As per reports, the terrorist named, Muhammad Noor alias Sarakai, was killed during an encounter with the security forces in North Waziristan’s general area Shewa on December 2, the Inter-Services Public Relations (ISPR) – the media wing of the army – said on Saturday.

Noor was wanted by the Pakistan’s Counter Terrorism Department (CTD) for his involvement in several terror activities against the security forces and also several kidnapping and ransom cases.

Last month, a Pakistan Army soldier was killed in a gun battle with terrorists in South Waziristan district of Khyber-Pakhtunkhwa.

Pele On End-of-life Care, Says ‘I’m Strong, With A Lot Of Hope’