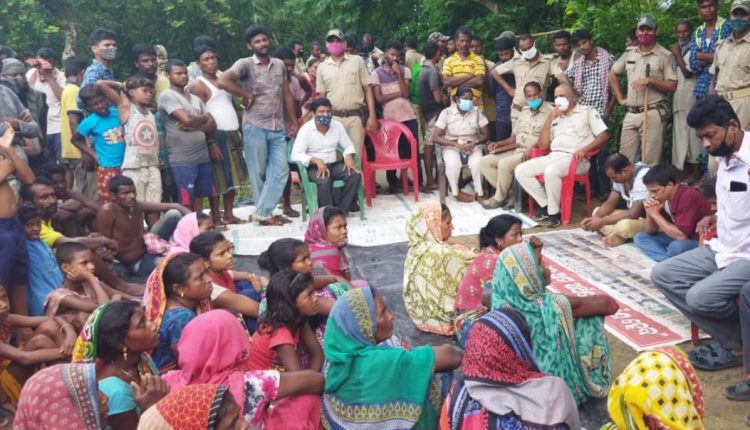 Balasore: Tension ran high at Kanthibhauri village under Bhograi village in Balasore district on Wednesday over the unabated sale of Illicit liquor in the locality.

According to available information, there is widespread smuggling of local and foreign liquor in Kantibhuri. Villagers claimed that anti-social activities are increasing due to the effect of alcohol.

In view of the situation, the women of the village had appealed to the police and excise officials to curb the nuisance but in vain.  Following this, the villagers decided to apprehend the traders by themselves.

Meanwhile, at around 3 am they caught a vehicle red-handed while supplying liquor to a trader and detained him along with their vehicle.

On receiving information, a well-known hotel owner and smuggler from Bhograi reached the spot. The villagers detained him after vandalising his four-wheeler.

Later, the locals also detained the police officials after they asked them to release the traders.

Holy Trinity Set To Adorn With Gold Ornaments In Chariots