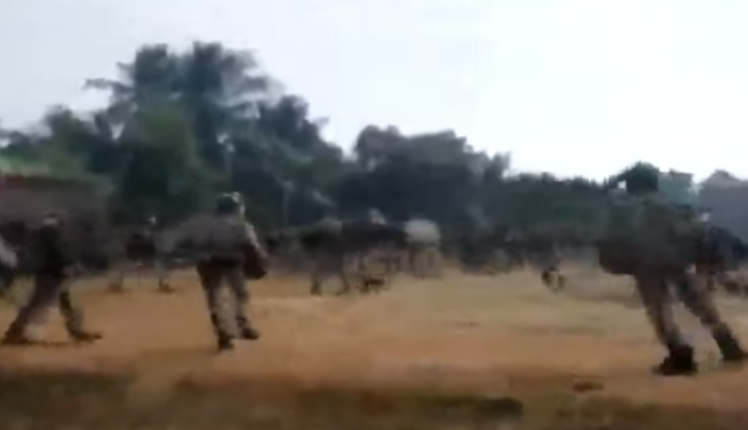 Paradip: The police force reportedly resorted to lathi charge in Dhinkia village of Jagatsinghpur district as the villagers and cops face-off during the eviction of betel vine plantations on Friday.

According to reports, locals alleged that the administration is carrying out eviction for the JSW project in the village.

Earlier in the day, hundreds of locals including women from Dhinkia Panchayat protested to stop the demarcation process by district administration.

Worth mentioning here is that Jindal Steel Works Limited (JSW) is currently planning its project in Dhinkia. The villagers have been protesting the project.

One Held With Ganja Worth Rs 1 Crore In Koraput