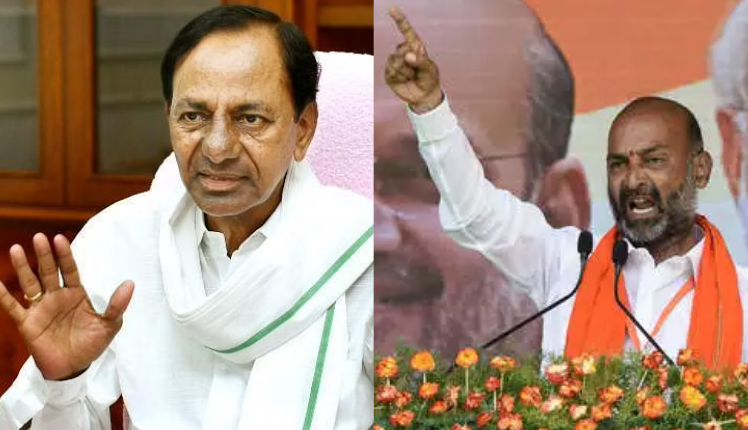 Hyderabad: As Telangana Chief Minister K Chandrashekhar Rao was not present while PM Modi’s arrival in Hyderabad on Saturday, the state BJP unit fumed over the former and slammed the former.

Hitting out at KCR, Telangana BJP president, Bandi Sanjay Kumar condemned the incident said that KCR was conspicuously absent from all programmes that the prime minister has attended so far.

He said, “We strongly condemn that Chief Minister KCR did not come to welcome Prime Minister Narendra Modi. KCR, is this your culture? You claim to have read 80,000 books. Is it what you have learnt from them?”

“Have you forgotten the magnanimity of the Prime Minister? How can you confine yourself to your farmhouse by lacking the basic courtesy of welcoming the Prime Minister on his visit to the state?” he questioned.

“It is very much evident that the chief minister does not want to show his face to the Prime Minister, as the entire country was abhorring his filthy abuses hurled at the latter,” he added.

PM Modi landed at Hyderabad airport this afternoon to attend a slew of events. He kickstarted the 50th-anniversary celebrations of ICRISAT and later in the evening, is slated to unveil the ‘Statue of Equality’ commemorating the 11th-century Bhakti saint Sri Ramanujacharya.

Paytm Revenue Soars By 89% To Rs 1,456 Crore, Led By High Monetization Across Businesses