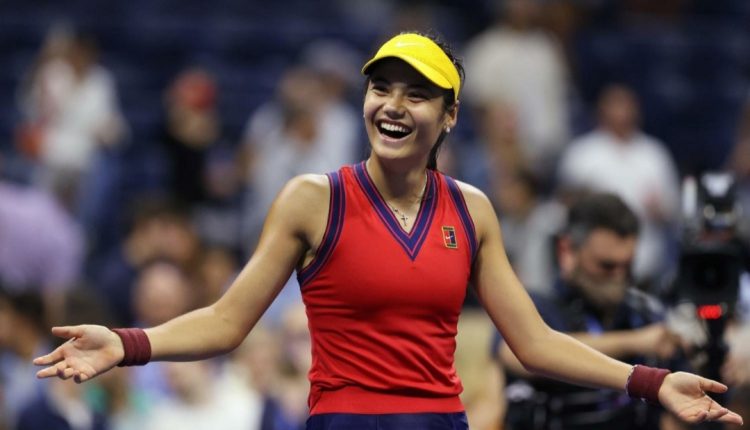 New York: Emma Raducanu history by becoming the first ever qualifier to reach the women’s singles final at a Grand Slam.

Raducanu will be one half of the first all-teenage championship match at a Major in 22 years when she meets world No 73 Leylah Fernandez, the 19-year-old Canadian.

British teenage tennis star Raducanu is on track to become the UK’s highest-paid sportswoman this year, experts say, after her stunning run to the US Open final.

Tennis players dominate the richest sportswomen rankings. The nine highest paid female athletes in the world are all tennis players, according to Forbes business magazine, suggesting there is substantial scope for Raducanu, who already has a shoe and clothing sponsorship contract with Nike.

Raducanu is currently managed by Max Eisenbud, vice-president of tennis at entertainment business IMG. He previously managed former world number one Maria Sharapova, who was the world’s highest-paid female athlete for 11 years running.

Along with the Nike deal, she also has a racquet sponsorship with Wilson. For an unranked player, Mr Currie said, two deals were typical, but the next round of deals she negotiates will be “absolutely huge, with Nike and Adidas fighting over her”.

Raducanu’s fame in fashion is also rocketing, with a feature in October’s Vogue issue.