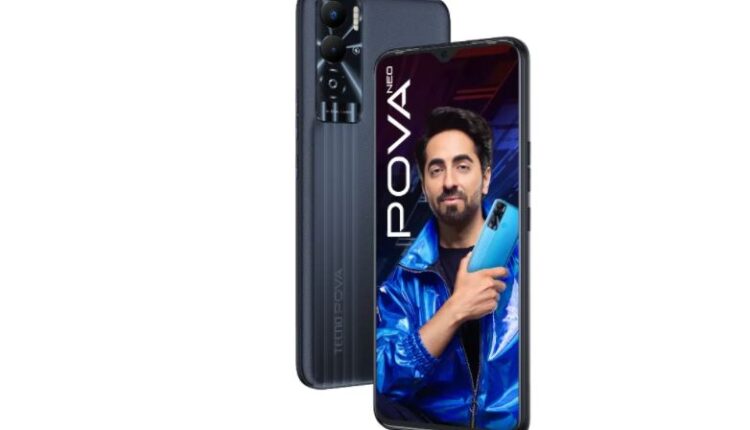 New Delhi: Tecno Pova Neo was launched in India. The new Tecno phone features dual selfie flash as well as a large, 6,000mAh battery. The smartphone also carries 5GB of virtually expandable RAM support. Overall, Tecno Pova Neo is likely to face a tough fight against the likes of Poco M3 and Realme Narzo 30 that are available in the same price segment but offer better specifications.

The single 6GB RAM with 128GB storage option of the Tecno Pova Neo is priced at Rs 12,999. The device will be available in three colours: Geek Blue, Obsidian Black, and Power Black. The phone is scheduled to go on sale in shops on January 22. Additionally, the buyers will receive a free set of Tecno earphones worth Rs 1,499 with their purchase.

Android 11 is used in conjunction with HiOS 7.6 to power the device. An octa-core MediaTek Helio G25 processor, 6GB of RAM, and 128GB of internal storage are included in the smartphone. The brand’s exclusive MemFusion function also allows you to virtually extend the RAM by 5GB. While the internal storage can be expanded up to 512GB using a microSD card. It also has a splash-resistant certification of up to IPX2 to protect it from water damage.