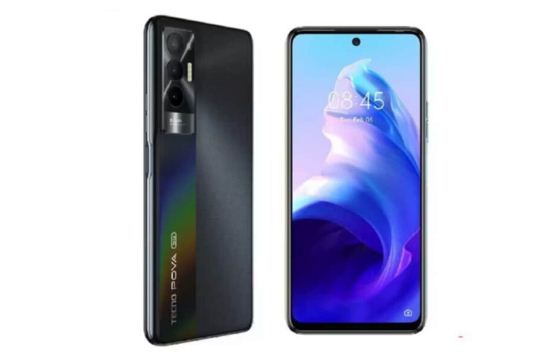 New Delhi: The Chinese mobile phone manufacturer Tecno has launched its first 5G-powered smartphone in Nigeria. The latest Tecno phone is said to carry a 120Hz refresh rate display, a triple rear camera unit headlined by a 50-megapixel sensor, and 18W fast charging support. The smartphone is reported to be available in a single variant which has 128GB of onboard storage. Other highlights about the phone include a hole-punch design and a 6,000mAh battery.

The latest smartphone costs $289 or approximately Rs 21,676. This is very affordable if it launches in India around the same price point. The phone reportedly comes in a single 8GB + 128GB storage variant and will be available for purchase in multiple colour options, namely Dazzle Black, Polar Silver, and Power Blue. Details about the Tecno Pova 5G were not listed on the company’s official website at the time of writing. No announcements were made by the company’s official Twitter handle either.

The Tecno Pova 5G comes with a 6.95-inch FHD+ IPS LCD display panel with support for 120Hz refresh rate. The screen size of the smartphone is humongous and might suit only a few. The Tecno Pova 5G is powered by the MediaTek Dimensity 900 SoC coupled with up to 8GB of LPDDR5 RAM and 128GB of UFS 3.1 internal storage.

The smartphone runs on HiOS based on Android 11 out of the box. Further, the device comes with up to 3GB of virtual RAM. The company has also given the smartphone a fingerprint sensor at its side to provide additional security features to the users.

In the camera department, there’s a triple-camera setup at the rear, where the primary sensor comes with a 50MP camera paired with a 2MP sensor and an AI lens. For selfies and video calling, there’s a 12MP sensor at the front. The smartphone’s camera offers features such as 4K time-lapse and panorama, and more.

There’s a massive 6,000mAh battery inside with support for 18W fast charging. Fast charging is an area where the device disappoints a little. However, the company has claimed that a 15-minute charging would offer 3 hours of gameplay time to the users. While it sounds shady, nothing can be said before the device is put to testing.