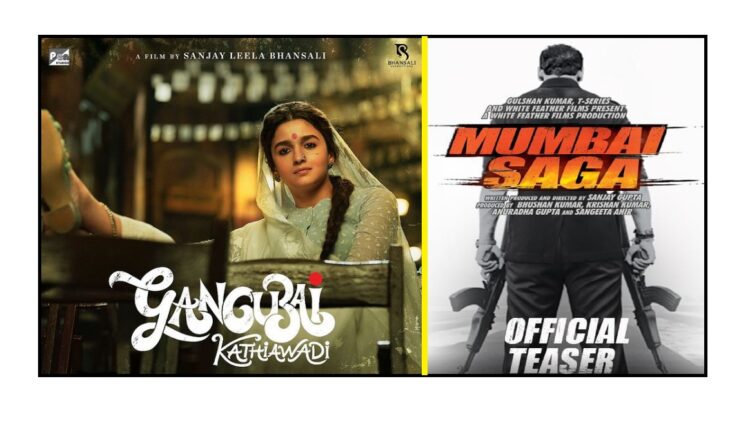 Mumbai: On the occasion of Sanjay Leela Bhansali’s 58th birthday, Gangubai Kathiawadi teaser has been released by the makers.

Alia Bhatt plays the titular role in Gangubai Kathiawadi, which is based on a chapter from Hussain Zaidi’s book Mafia Queens Of Mumbai.

The character Alia Bhatt portrays – Gangubai Kathiawadi – was a sex worker in Mumbai’s Kamathipura, who was pushed into prostitution at an early age. She became synonymous with power and strength for her inspiring journey as the head of a brothel and a political leader of Kamathipura.

In the short teaser, we meet Alia as Gangubai, who is independent, feisty, outspoken and a strong individual. In her own words, she was, and will always be “the moon”.

Mumbai Saga is one of the most anticipated films of the year. The teaser of Sanjay Gupta’s gangster drama finally dropped on Wednesday.

The teaser features John Abraham and Emraan Hashmi taking on each other in old Bombay style.

The nearly one-minute-long teaser gives a glimpse of the fictitious events that led to the transformation of Bombay into Mumbai. The teaser opens with the text ‘When Bombay was not yet Mumbai’ and ‘When violence ruled the streets’ suggesting that the film is set during the 1980s and 1990s when the underworld had a huge presence in the city.