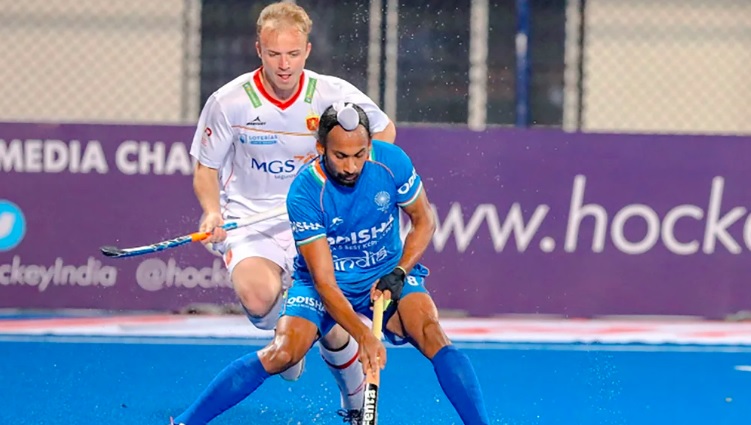 New Delhi: The Indian Men’s Hockey Team have a busy few months coming up, with major events such as the FIH Hockey Pro League 2022/23 and then the FIH Odisha Hockey Men’s World Cup Bhubaneswar-Rourkela 2023 in January.

With one eye on the marquee tournament, ace midfielder Hardik Singh says the team is syncing quite well behind the scenes during an intense training camp.

Hardik, who all set to play his second senior World Cup, said that his family is very excited and are making plans to travel, when he appeared on Episode 32 of Hockey Te Charcha ­– a podcast series initiated by Hockey India.

Hardik, who believes there is no substitute for hard work, said “Everyone is very excited about the FIH Odisha Hockey Men’s World Cup Bhubaneswar-Rourkela 2023. We didn’t do well last time, but now after the Tokyo Olympics 2021 things have changed overall for Indian hockey. There are expectations from our team. And we are capable of making the final and winning it. The whole team is very hungry to get success this year and we want to finish on the podium.”

The midfielder also noted that there are no free lunches at the highest level, and it’s all about who turns up on the big day.

“In the FIH Odisha Hockey Men’s World Cup Bhubaneswar-Rourkela 2023 all the teams will be difficult to play against. It doesn’t matter who the team on the other side is. You can’t say what will happen, and we are going to treat each match like we are playing in a final.”

Part of a family of hockey players, including Gurmail Singh, part of the team that won Gold in the 1980 Mosco Summer Olympics, the 24-year-old said, “Our camp is going on well and we have been working a lot on our fitness. Every day is a hard session and even if we are having a tough day we still have to go through that session. This camp has been like that but we have to do our work and it was still quite a fun camp for us.”

“We do extra sessions to perfect the PC routines and even if you have a full training session, it is essential to go through these extra minutes.”

Looking back at his journey so far, Hardik is grateful to have shared a dressing room with the likes of Sardar Singh, and added that it was always going to be hockey for him.

“For me hockey was always the first choice. When I was 6 my father introduced me to hockey and my grandfather was a hockey player as well and he was a Coach in the Navy team. That’s where I developed an interest, and there were others in my family who played as well, and we would go to watch them play. That’s how I developed a love for the game,” he signed off.

Mephedrone Worth Rs 120 Cr Seized In Mumbai, 6 Including Pilot Arrested