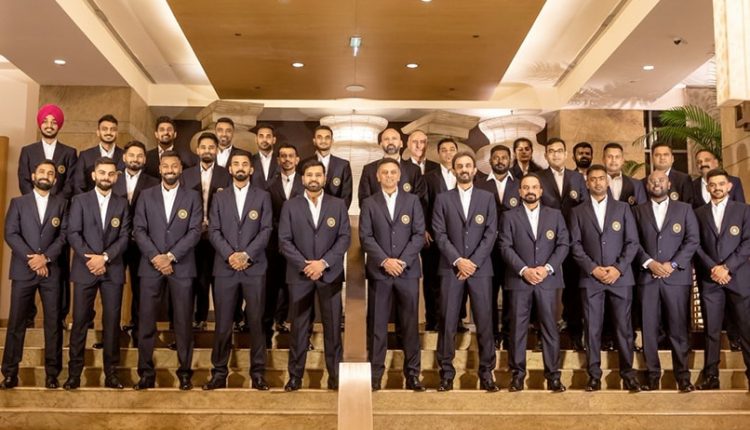 Mumbai: The 2022 edition of the ICC Men’s T20 World Cup will take place in Australia this year, and to take part in it, the 14-member Indian squad left for Australia from Mumbai on Thursday (October 6).

The 2007 champions will look to win the crown this year after failing to make the semi-finals last year. Before the World Cup, Team India managed to gain some momentum after defeating Australia and South Africa in the respective bilateral series and one now hopes that India are able to go all the way in the tournament.

The official social media handles of BCCI posted the picture of the entire Team India contingent departing for the T20 World Cup.

But the Indian team has left two weeks before the start of their T20 World Cup campaign to get acquainted with the Australian conditions well in advance. At least half of the Indian players selected for the T20 World Cup haven’t had experience of playing in Australia before, so to help them get used to the bounce there and get some good practice time, Indian team management have decided to travel there in advance.

India will reach Perth and will have a week-long camp there. After that, they will travel to Brisbane, where they will play their two warm-up matches against hosts and defending T20 World Cup winners Australia on October 17 and last year’s runner-up New Zealand on October 19.

As for now, only 14 players are travelling to Australia as the BCCI is yet to announce a replacement player for the injured Jasprit Bumrah, who has been ruled out of the upcoming mega event due to a back injury.

Apart from the 14-players that left for Australia on Thursday, the likes of Shreyas Iyer, Deepak Chahar, and Ravi Bishnoi, along with Mohammed Shami, will travel to Australia next week after the conclusion of the ODI series against South Africa. The quartet have been selected as the four reserve players for the T20 World Cup. In addition to them, it has been reported that Mohammed Siraj, Umran Malik, Chetan Sakariya, and Mukesh Choudhary are also supposed to join the side as additional players.

Centre Probes 4 Cough Syrups By Manufacturing Firm After WHO Alert